Before we begin…it is important to recognize that maple sugaring is an indigenous tradition that precedes the colonization of North America. We are grateful to the people who hold and have held this knowledge for generations and who shared it (willingly or not) so that we, too, can enjoy syrup from the trees here at Common Ground.

One of the tasks assigned to me that I love as the Common Ground Site Manager is making maple syrup. It happens at that time of year when you know spring is on the way and I can dream of putting the snow shovels away. The warmth of the fire in the Sugar Shack and the sweet smell of boiling sap creates a magical experience. 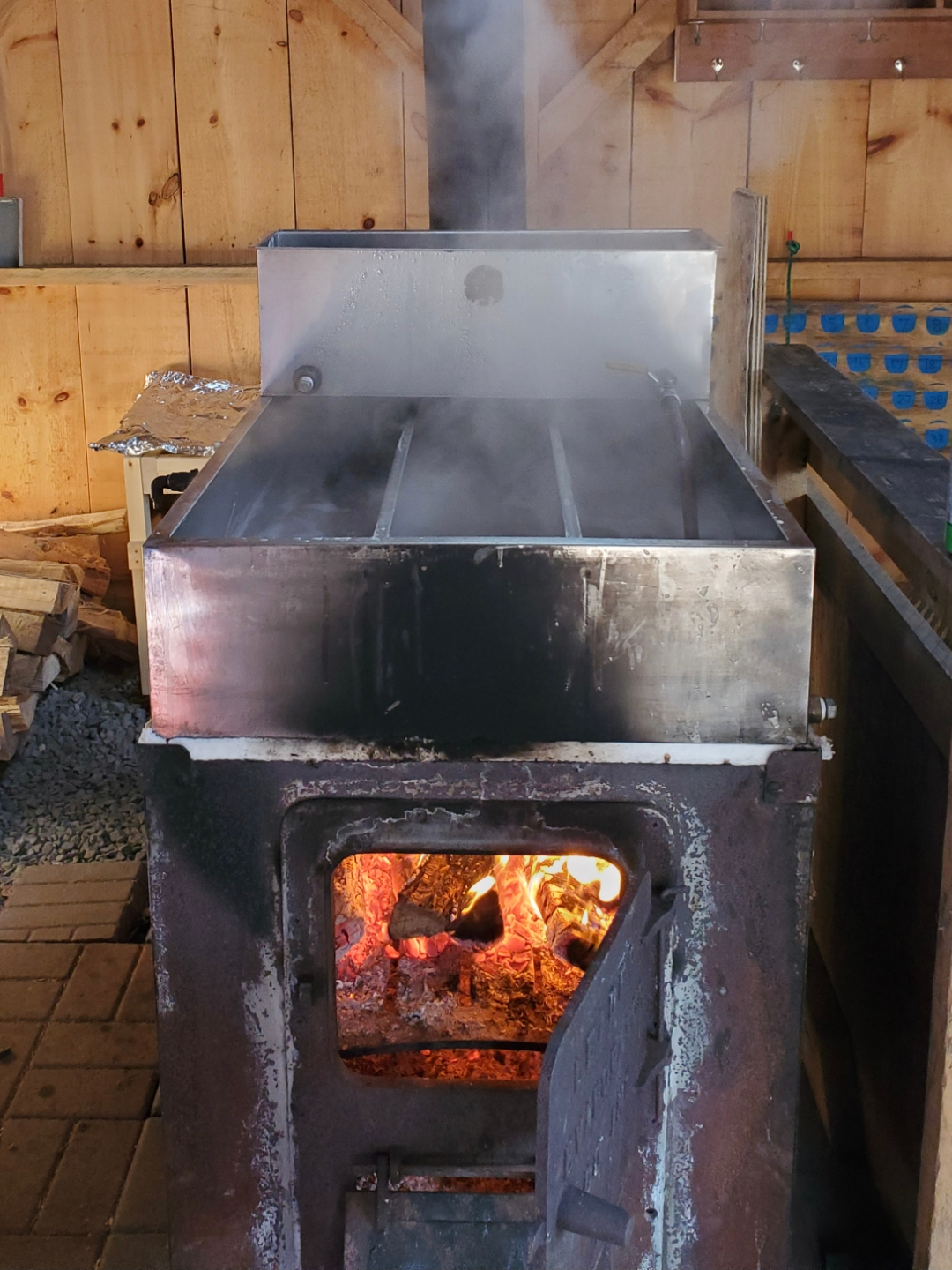 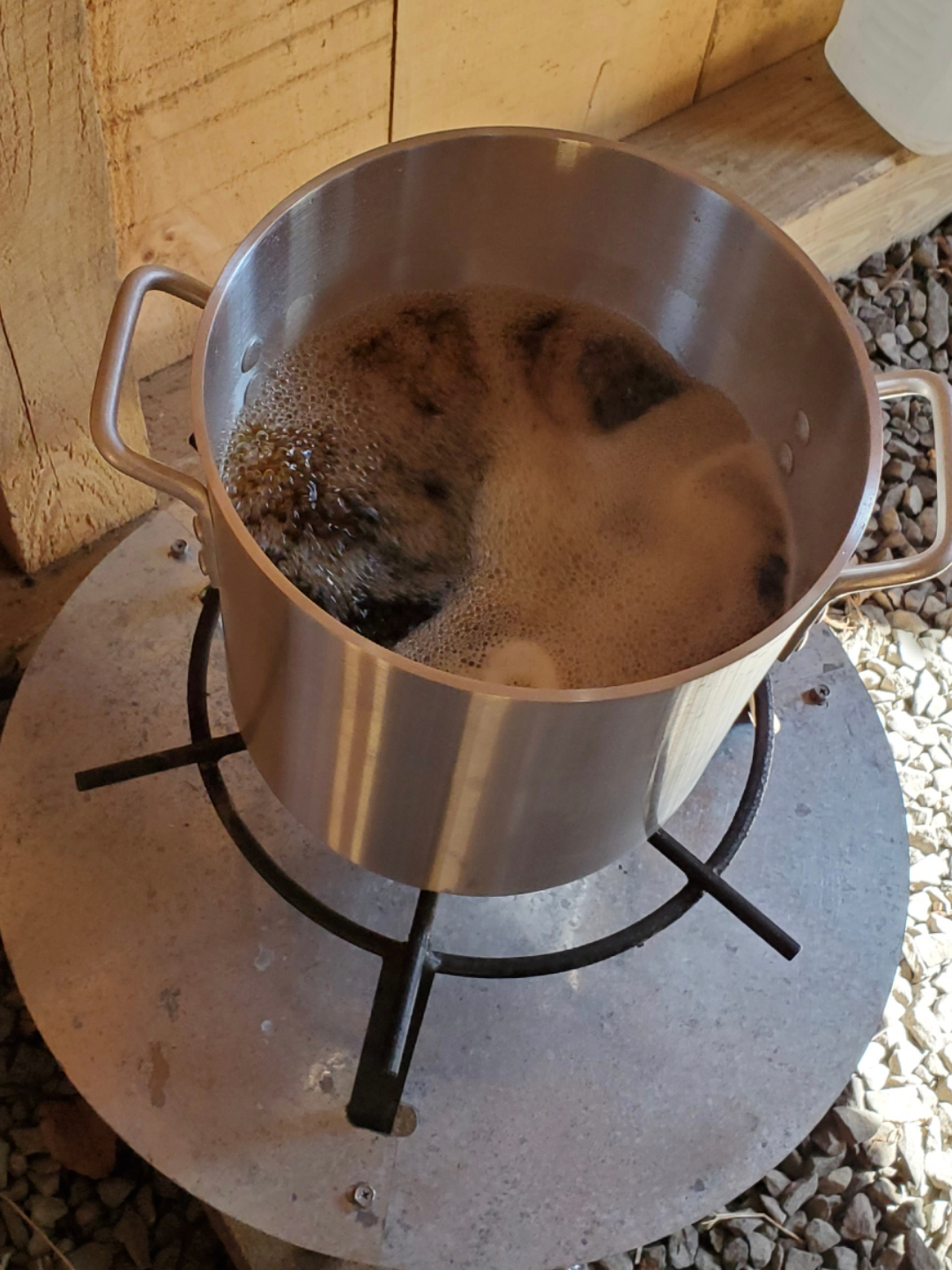 Sugaring has always fascinated me, and as my two sons were growing up we tapped the small maple trees that border our yard. We fashioned a crude evaporator that fit into our gas grill and even used a large coffee can as a warming pan. Of course it was trial and error. We used a candy thermometer to check the sap temperature, which is syrup at 219 degrees, and filtering was always a challenge. 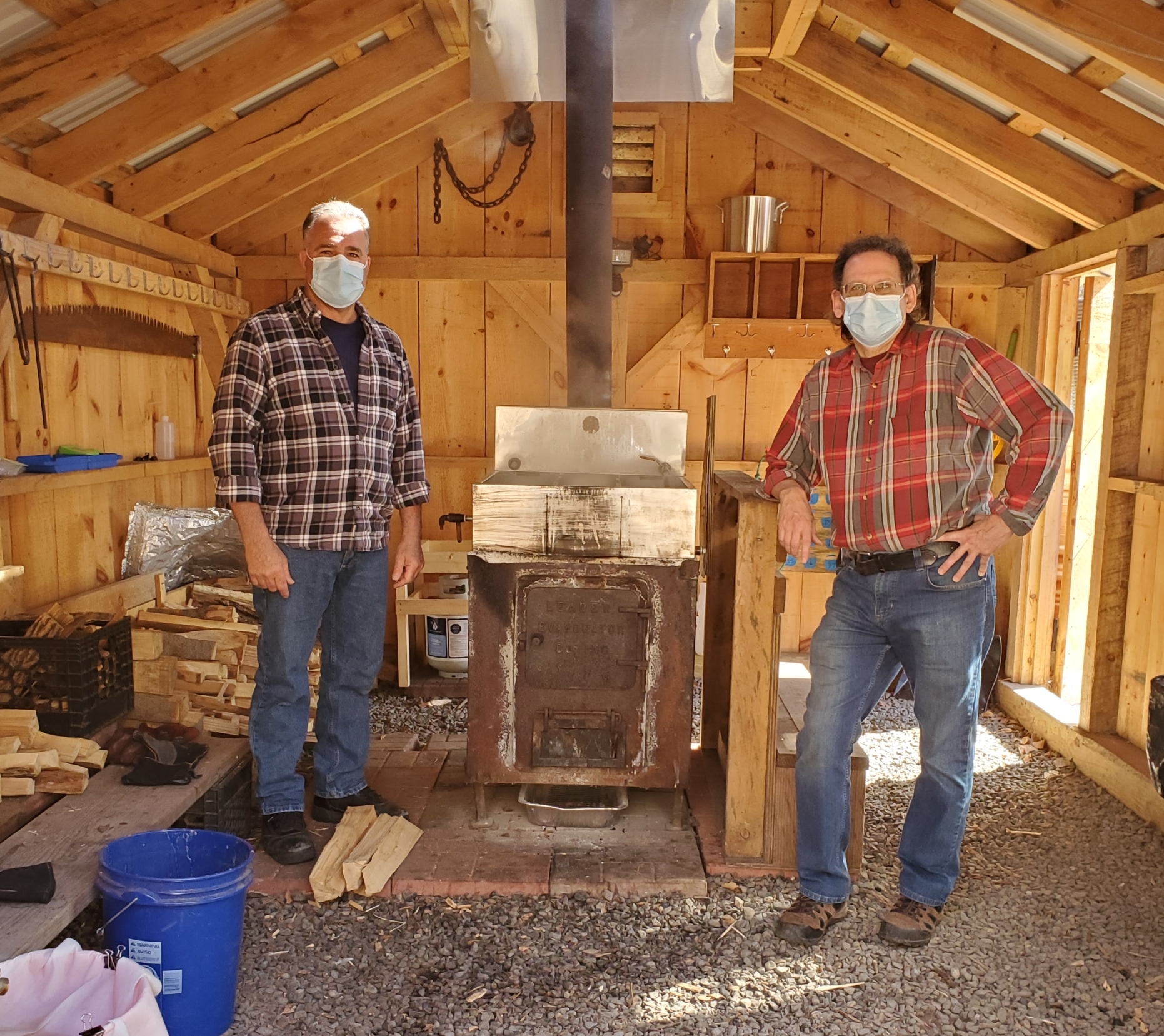 Around Common Ground sap flows best from about mid-February to mid-March. Sugaring is dictated by the weather and with global warming it’s always tricky. Too cold and you have frozen trees, too warm and the sap doesn’t flow either. Timing is critical as sap cannot be stored too long as it can turn cloudy and spoil; the quicker into the evaporator pan the better. Punxsutawney Phil the groundhog saw his shadow, predicting another six weeks of winter weather which could extend the season, and we’ve managed to work within the framework that mother nature has handed us. This has been a very good year for sugaring. The temperature is below freezing at night and warm during the days which creates a freeze/thaw cycle that is critical to cause the sap to run. Once the temperature stays above freezing, buds will appear on the trees signaling the season is over and the sap loses its sweetness. It’s a small window of opportunity but worth it for every drop! 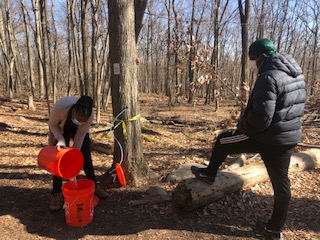 We have about 30 taps at various locations. Once the sap is collected it is filtered to remove impurities and placed into the preheating pan on our evaporator. Sap is about 2 percent sugar so we have to evaporate a lot of water to get to syrup. It takes about 40 gallons of sap to make one gallon of syrup. Using a refractometer for sugar content readings, we draw off boiling sap from our evaporator at about 40 percent sugar. It is double filtered and goes immediately into a pan on a gas grill where we can control the rate of boiling to about 64 percent. The final steps of bottling are done in the kitchen where we cook the sap to that magical 66 percent sugar, hot filter, and pour it into sterilized bottles. 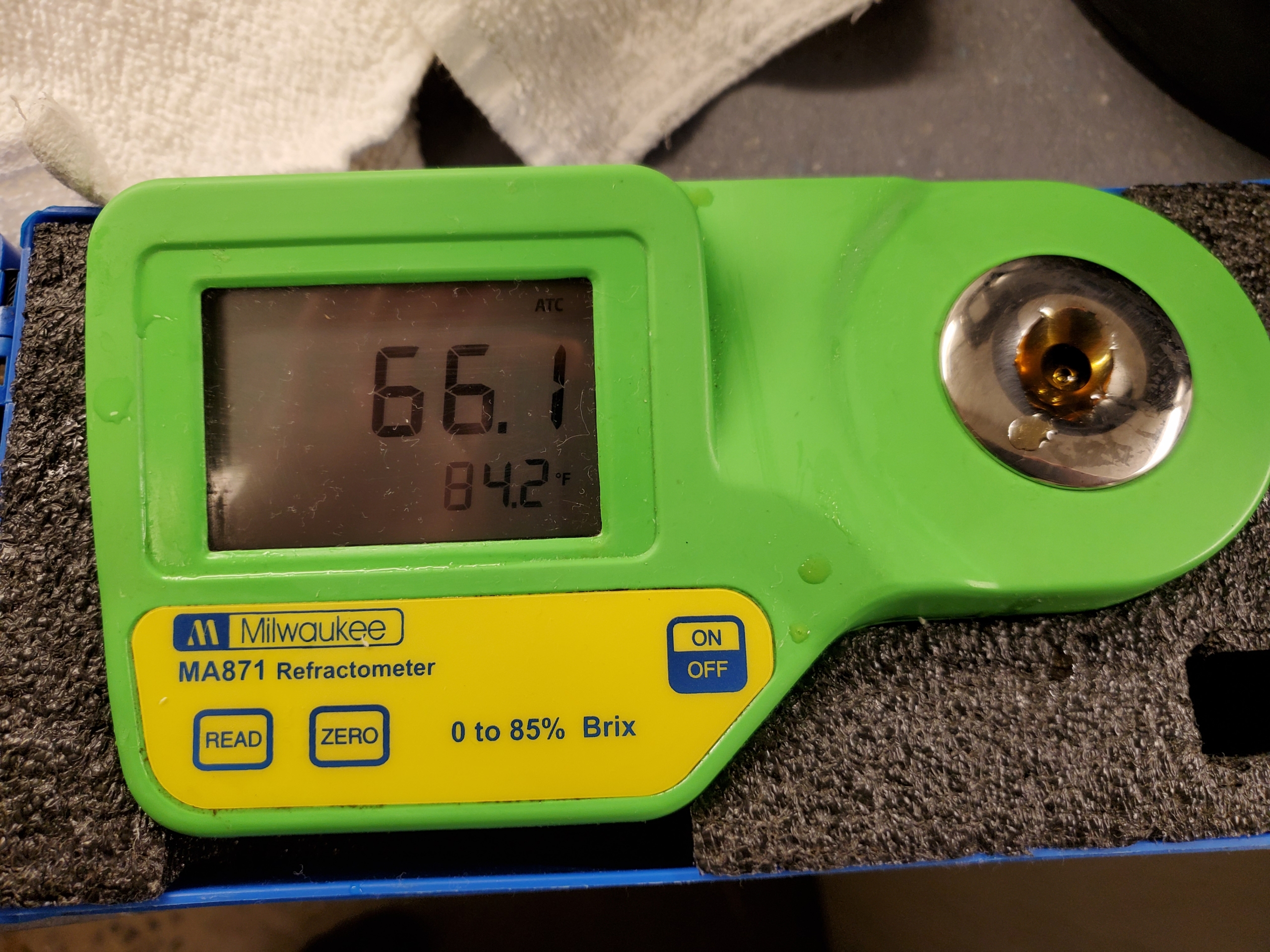 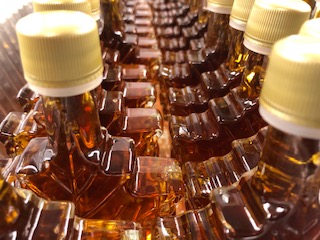 One lesson life has taught me is there is always something to learn. And if there are lessons to be learned, sugaring is a unique teacher. Over the 3 seasons here, I have learned that each season is different – each has its own start and end cycle. Each year, just when I think I’ve got it right, I discover a better way to improve the process. Last year I streamlined filtering and bottling. This year has been experimenting with the evaporator to raise its potential for draw offs. All in all we’ve done well, going from tree to bottle and the syrup is crystal clear and delicious. Worth the effort! It takes about 8 – 10 hours to get bottled syrup. This year we will hopefully end up with over 2 gallons of syrup!

With NatureYear classes coming through the Sugar Shack, the younger kids get to sample warm sap. I often ask them what aroma they smell from the evaporator. Most of them say marshmallows or cotton candy but one girl this year said “it smells like a dream!” – never heard that one before!

With Covid hopefully under control and students returning to campus, it is my wish that all students at some point in their years here get a chance to see the Sugar Shack in action and participate in that magical process from sap to syrup! 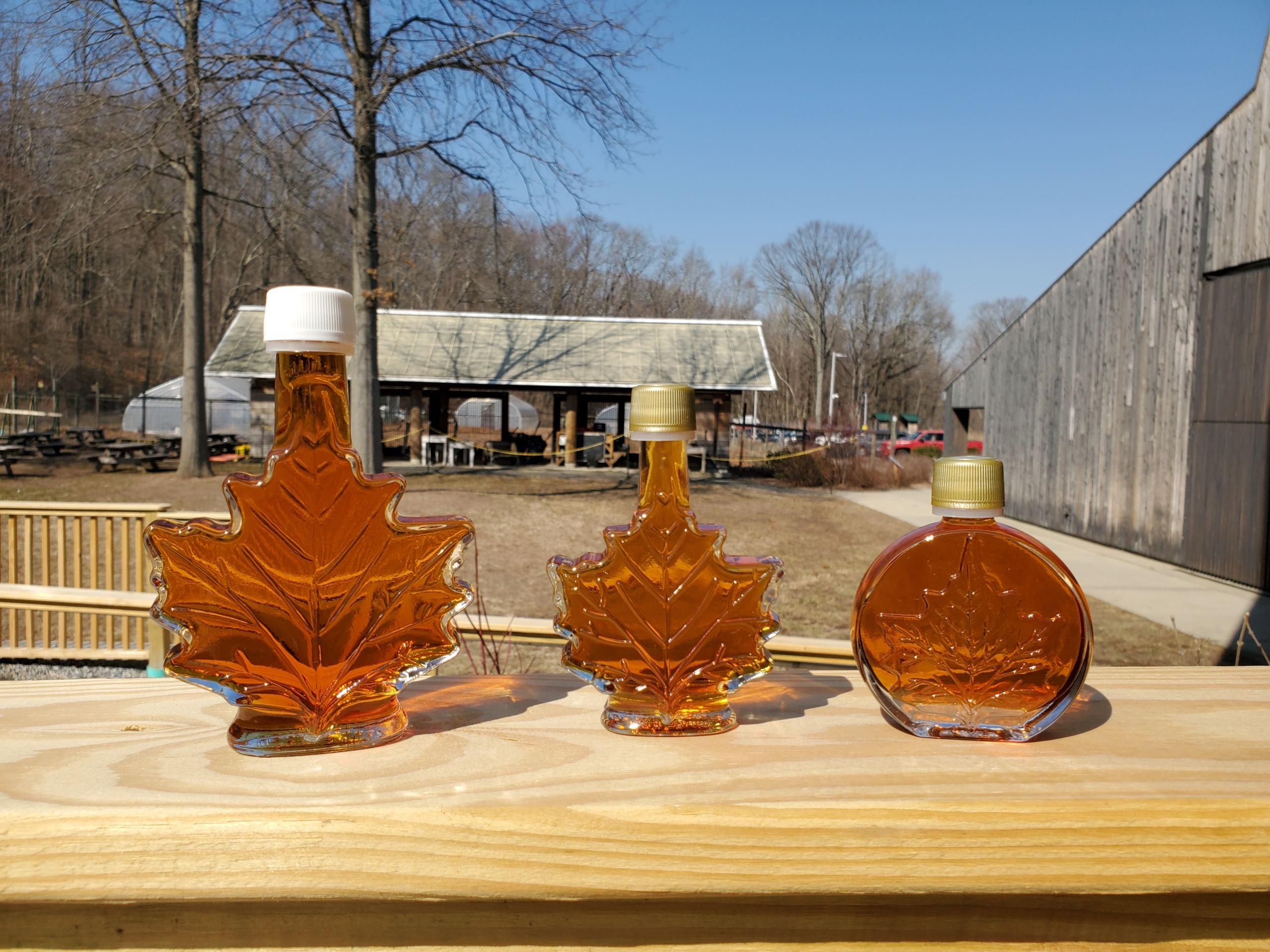 It takes a lot of people to make this sweet dream a reality and I would be remiss not thanking the many people who have contributed to the process. First Layne, my assistant who kept the fires burning and worked with me through all phases of sugaring. Deb, Diane and Disha, our magnificent farm leaders and their crews for collecting sap. Nurse Keith for collecting sap and splitting wood. The NatureYear instructors – Tara, Tim, Cjet, Chris, Alexa, Dave, Flannery, Trish, and others – for sap collection, splitting kindling and keeping an eye on the Sugar Shack. The many Green Job Corps students who split and stacked firewood over the years. Chef Thiya in the kitchen for making storage space in her fridge and freezer. Forester Frank Cervo, who was kind enough to walk through the woods with me, identifying sugar and red maple trees during November. And of course, Elinor Katz for her inspiration. 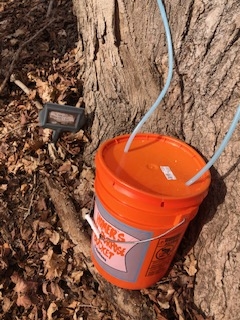 The most prolific tree: Elinor Katz!